From Trustees to members, staff to fundraisers, there are many people helping us to achieve our aims here at the Psoriasis Association. 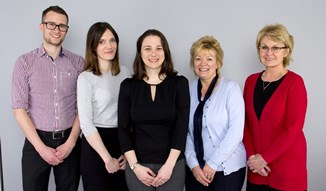 As a UK charity we are governed by a board of Trustees who volunteer their time to help direct our work. The board of Trustees also includes three Officers. The day-to-day running of the charity is delegated to the Chief Executive and office staff who run the helpline, websites and social media channels; produce information; manage membership and donations; and oversee our research programme. 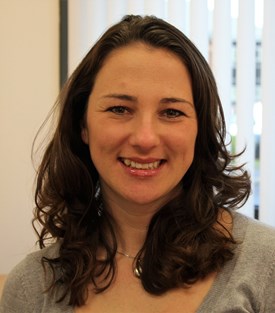 Helen McAteer has been the Chief Executive of the Psoriasis Association since 2010. She has frequently represented the patient experience of psoriasis at the National Institute for Health and Care Excellence and the Scottish Medicines Consortium, amongst other regulators and national bodies, including NHS England.

She oversees the Association’s research programme and has been a patient representative lead on numerous psoriasis research projects and consortia. These include the Psoriasis Stratification to Optimise Relevant Therapy (PSORT) project, the Identification and Management of Psoriasis-related Comorbidity (IMPACT) project and the Priority Setting Partnership (PSP) Top 10 Research Priorities for Psoriasis in the UK. She is a regular contributor to the All Party Parliamentary Group on Skin and enjoys working collaboratively with colleagues from other Immune Mediated Inflammatory Disease organisations on projects with a mutual interest. 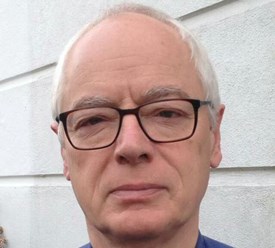 Nick became Chair of the Psoriasis Association Trustees in May 2015. Nick’s interest in dermatology services began in 2001 when, as an NHS manager, he set up and led the national ‘Action On Dermatology’ programme for the NHS Modernisation Agency.

Since retiring he has maintained his links with dermatology, chairing the advisory panel to the All-Party Parliamentary Group on Skin, and as a Trustee of the Psoriasis Association. He is married with three children, and lives in North London. 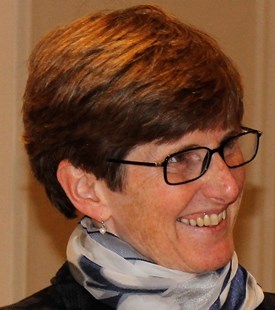 Dr Julia Schofield was elected as vice-chair at our AGM in May 2019. She is a Consultant Dermatologist at United Lincolnshire Hospitals, and a Principal Lecturer in the School of Postgraduate Medicine at the University of Hertfordshire, where she has been involved (since 2006) in developing a Masters in Clinical Dermatology. This is an educational programme for nurses, doctors and pharmacists.

She has been a Trustee since 2008 and very much enjoys working with the Association. Julia says, ‘It is only through working with patient groups that we can understand patient needs and develop patient-centred models of care’. 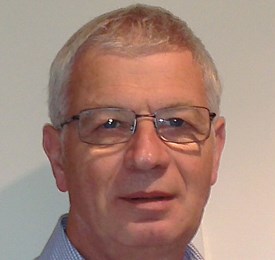 Brian Murkin is a retired chartered accountant who, following an early career in financial services, was finance director for the Institute of Directors and then the Institution of Civil Engineers.

Brian has lived in rural Northamptonshire for over twenty years and has served as a governor at Northampton College and also as a parish clerk.

He is married with two grown up children who have now left home enabling him to pursue his interests in hill walking and classical music.

Steven Astaire was a Stockbroker by profession and is a horse racing fanatic who is heavily involved in Point-to-Point racing. Steven has been a psoriasis sufferer since his early teens, and became a Trustee some years ago to try to help fellow sufferers by ensuring that the work of our Association continues as strongly as possible. He is married with three children and seven grandchildren.

Tom Ball has spent the majority of his career in the investment management sector. He holds a degree from the University of London and various financial qualifications. He developed psoriasis in his mid-twenties and has explored a multitude of treatments, both mainstream and alternative.

Chris Dyer has been a member of the Psoriasis Association for many years, and has three children and six grandchildren. She is a retired social worker who now enjoys offering occasional holiday respite at her home, as a Shared Lives carer. Chris is also involved in her local Elim Pentecostal church.

She says, ‘Throughout the years my psoriasis has ebbed and flowed and I have learned, with the help of supportive family, friends and the Psoriasis Association, my way of living with it, and still am! I am a great supporter of the Association and very happy to continue my present role as a trustee. As an older person now, I have been introduced to modern biological medicine. It's a whole new world and, for the first time in my life that I can remember, I think I am experiencing how I imagine most other people without psoriasis may feel. It's a temporary controlling of my symptoms but I am grateful for this new lease of skin life and am always hopeful for more future treatments or a cure for psoriasis.'

Gill Hynes has over 30 years Marketing experience. She started her career in the corporate environment at British Airways, before moving agency side and specialising in loyalty and membership programmes at Carlson Marketing Group, where she headed up its digital agency. She also has extensive expertise in mobilising start up ventures including AirMiles, Webloyalty, and more recently Artemis. In addition to consumer marketing she also specialises in corporate positioning, branding and reputational management, and public speaking.

Although originally from Scotland, and having extensively travelled and lived abroad, she is now firmly settled in South West London, near the Thames, which is home. In the last couple of years she has got the property development bug and has renovated two houses and a flat, is an avid fan of Grand Designs, and very much looking for the next project.

Having had psoriasis since the age of 15, been a member of the Association for at least 25 years, and become a new Association Trustee (appointed summer 2016), she is really keen to help improve the general public’s understanding of what psoriasis is and is not; promoting, in effect, the concept of psoriasis myth-busting.

Michael Israel has had psoriasis since he was a teenager. At our 2010 Conference and AGM, he presented the Psoriasis Association with a cheque for £4,200, after having us named as one of the West London Synagogue’s charities of the year. Michael works for a specialist wine wholesaler, and in 2011 has put his business and finance skills to use by joining the Psoriasis Association’s Finance Committee.

Karina Jackson is a nurse consultant who has worked in specialist dermatology roles for over 25 years. She has developed a number of specialist nurse-led services for people with psoriasis, including medicine management clinics and a day treatment centre for topical therapy administration. She is very aware of the significant psychological impact psoriasis can have and has campaigned hard to improve access to psychological support. Karina is involved in teaching and training other healthcare professionals to raise awareness and improve care provision for people with skin conditions. She currently works in a large teaching hospital and research centre in London where many psoriasis research studies are conducted. Karina was keen to join the Psoriasis Association as a Trustee to offer her expertise and experience as a healthcare professional, especially in relation to developing support and guidance for people. “The Psoriasis Association is a wonderful organisation and provides so much helpful advice and support to people with psoriasis – I’m delighted to be part of this”.

Susan Morgan has over twenty years of experience in the charity sector, building up a deep knowledge and understanding of fundraising in the UK. This has included fundraising roles at British Red Cross, Action for Children and Sue Ryder. For the last ten years as a consultant, Sue has worked with a wide range of charities providing advice, market insight and practical tools to help develop income. As a new Trustee she hopes to bring this expertise and knowledge to help increase the fundraising at the Psoriasis Association.

Sue has had psoriasis since being a teenager and knows from personal experience that the information and support provided by the Association can be a great practical source of advice and comfort. After twenty years in London she is now based in York and has three daughters who motivate and inspire her work as a Trustee in providing support for future generations.

Matthew Swift has been a trustee for three years and was recently re-elected for a second term at our AGM in May. His grandfather and his father have also served as trustees of the Association. He established his own online retail business ten years ago and has useful experience with commercial strategy, website design and social media.

Matthew has had psoriasis for sixteen years and his personal knowledge and sympathetic understanding of the condition help him to recognise good practice and treatments. He is especially interested in research and is keen to engage in upcoming developments in this area.