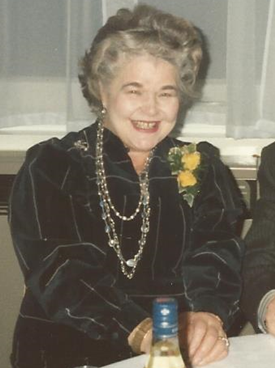 The Psoriasis Association was deeply saddened to learn of the death of a great friend and Honorary Life Vice-President, Baroness Jill Knight, earlier this month.

A member of the Conservative Party, she spent over 50 years in politics, serving as Member of Parliament for Birmingham Edgbaston for 31 years from 1966 to 1997, when she stood down from the House of Commons. She was created a life peer as "Baroness Knight of Collingtree in the County of Northamptonshire" in 1997 and retired from the House of Lords on 24th March 2016. When she retired, she was the longest-serving female parliamentarian. She was appointed MBE in 1964, and DBE in 1985.

Baroness Knight passed away peacefully, aged 98, on 6th April 2022. She will be greatly missed by all at the Psoriasis Association.

Join us on Saturday 18th June 2022, in the room or on Zoom, to hear from psoriasis & psoriatic arthritis experts, researchers and advocates. Booking is now open!

Join us on Saturday 18th June 2022, in the room or on Zoom, to hear from psoriasis & psoriatic arthritis experts, researchers, and advocates.

The coal tar-based shampoo is due to return to stock after a temporary supply issue.