For many years Sydnie felt as though the people around her did not understand how her psoriasis affected her. Here, she tells us how increased medical understanding and access to newer treatments has helped her to feel more positive. 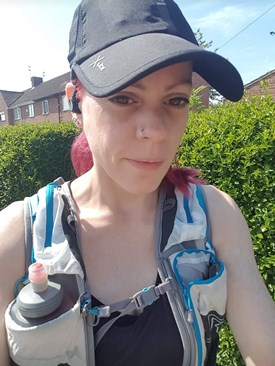 I have had psoriasis since I was about seven years old in a time when most doctors weren’t sure what it was and what to do about this, more so with a child. I also suffered from what seemed like constant chest infections and scared my teachers by turning blue. My mum’s response was “Don’t worry it’s normal”.

I have been through all the treatments; coal-tar pasted on my scalp for over 24 hours twice a week, stingy little bottle of evil stuff every evening, brown bath gunk and not in the spa mud bath type of way. Strict detoxing, weeks of no sugar or gluten. Nothing worked but you could probably smell my new tar fragrance, hear my grumpiness from a mile off from my sugar craving and lack of sleep from my own itchy skin.

Some radical light treatment that could have affected my eyes, if it wasn't for special fashionable blacked out glasses with blinkers which I had to wear and yes I was in secondary school at the time. I was so popular. 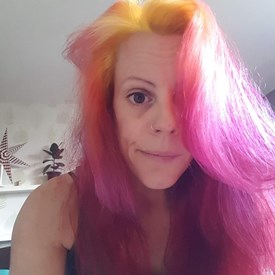 Adult level of light treatment left me ill and off school for weeks, but I had a great tan. Two weeks in hospital at age 12 with horrible hospital food and homework. Yuck.

I still ended up 95% covered in at least four different types of psoriasis and surrounded by people who did not understand and were reluctant to listen. Somehow I still found the will power to get out there and not allow this to rule over me. I had to embrace this.

As I got older medical understanding started to develop and therefore new medications. YES there was hope after years of being left to live in my own skin. 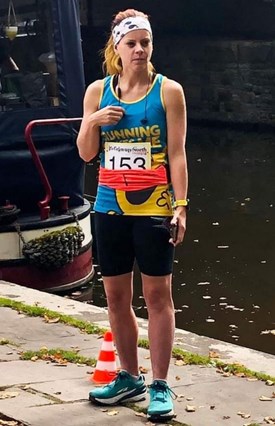 I was lucky to get a great consultant who almost threw these new drugs at me and loved the challenge. It wasn’t easy, I got ill off one of the meds and I have discovered I have the ability to create immunity to biological drugs (of course I did). So my time may be on a downward struggle to keep my skin under control and not run out of meds once again. But so far these biological drugs have been the most responsive and the least problematic, unless you hate needles that is.

I have two kids who will have a chance of carrying the gene. I will not allow them to hide and feel as bad as many of us with psoriasis had/do feel.

We need to increase the awareness of this condition and feed some education on common skin disorders as psoriasis is massively misunderstood on so many levels.

On Saturday 2nd April Sydnie will be fundraising for the Psoriasis Association by completing the Roche Abbey 10k. If you'd like to support Sydnie's challenge visit her fundraising page.