Felicity had coped well with her psoriasis throughout her younger years, but developing guttate psoriasis at 17 rocked her self-image and confidence. Here she tells her story and why she feels it is so important to raise awareness of the condition. 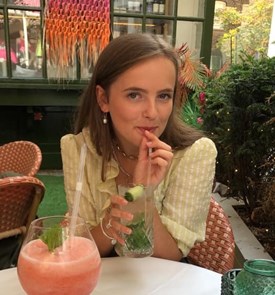 Psoriasis has been part of my life since just the age of 5 and I have certainly had my ups and downs with it throughout this time. Now having moved into University at the age of 18, I feel I wanted to share my story to others. As any 5-year-old, running around the school playground and falling over was a speciality of mine- however one day it was different, my grazes turned into patches of dry skin- before I knew it these patches were all over my body. After being misdiagnosed several times, I was finally led to a consultant who diagnosed we with psoriasis and soon after I went through Phototherapy treatment of a low dosage due to being so young. With being so young, it didn’t really affect too much. I knew other kids would stare, but I was too young to let it get in the way of anything I did. 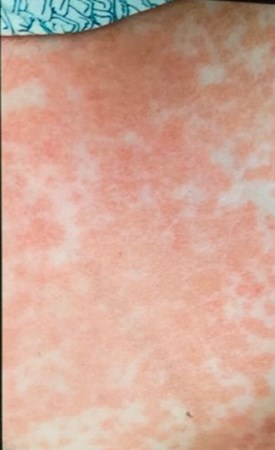 Psoriasis was always there, but from the age of 11-17 it was barely noticeable. 4 months prior to my 18th birthday, I became really ill and noticed tiny marks on my chest- I simply thought it was an allergic reaction! However, it began to spread and shortly developed into red patches, simply before I knew it, I was covered. After 3 doctors telling me it was simply an allergic reaction and prescribing me Antihistamine, I was distraught in myself. I finally decided I needed to be treated urgently and we went to my local minor injury unit, where I was seen by a doctor who stated my condition could be “Guttate Psoriasis”, a different type of Psoriasis than I had before. With severe strep throat, said to have sparked the flare up, my heart rate was super high due to being so distressed in myself and the nurse was quick to tell me if it went any higher, I must visit A&E. With the help of a great lady doctor, who saw my distressed self at my worst I was finally referred to a Consultant, however it was a 4 month wait until my appointment.

As you can see in the pictures, my body was completely flared in red patches and whilst trying to keep my stress levels low to get on with A levels which were less than a month away, I couldn’t stop thinking about my condition. So aware of my appearance, I wore roll necks to sixth form, even on the hottest summer days to try and hide it. Only my closest friends and family knew I was going through this, as I tried my best to avoid it in every situation possible. Envying, every girl on Instagram at one point I literally could not look at myself in the mirror. In desperate times, I would be up until 3am in the morning, scouring the internet for blogs, I simply wanted to feel relatable to someone, and it is that reason in mind I hope my story helps someone. 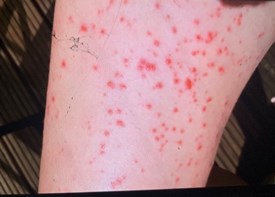 I soon realised there is not enough awareness about psoriasis for young people, or in fact anyone going through a skin condition- especially with the exposure social media creates there will be light at the end of the tunnel, and this is not forever- a message I want to emphasise. With our generation so hooked on this ‘perfect image’ that the likes of Instagram create, it’s so important to sense more from yourself. My psoriasis got better over summer, as commonly known the sun is great for psoriasis and I went into University sceptical of my Psoriasis coming back as bad as earlier in the year, but finally feeling more confident in myself. If you are reading this with any relatable source, you are not alone- speak to someone and know this is not forever!