Lee was diagnosed with psoriasis in 1997, and psoriatic arthritis in 2012. He now makes YouTube videos about his experiences. 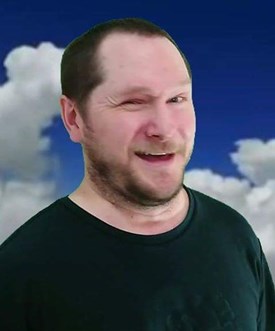 My initial psoriatic arthritis diagnosis was quite a shock. At the time I was experiencing pain in the toes of my left foot and assumed it to be an old kick boxing injury that was flaring up. About 4 years prior to this I had broken my foot in a kick boxing match. It was natural to assume that the injury was just playing up again. However, after six or seven weeks it hadn’t settled down, so I went to see my GP.

The diagnosis was immediate, but the conversation didn’t make sense to me at the time. “You have arthritis” said the doctor, “In your feet” she continued.

I went to the hospital, had some x-rays and spoke to a specialist. The specialist offered me Methotrexate but also described a whole host of terrible sounding side effects. He also said I’d need blood tests every month as well as some other checks to make sure my body was dealing with the medication without issue. He did use the word “Chemotherapy” during the conversation as well.

At the time I was pretty shell–shocked to be honest. I was thinking “Yesterday I was a normal bloke, working hard and getting on with my life. Today I’m being offered chemotherapy and being told that my condition is irreversible.”

I said “No” to the methotrexate. My attitude was that since I had been able to walk to the bus station, take a bus to the hospital, walk from the bus stop to the hospital, and then walk through the maze of hospital corridors; then surely it can’t be so bad as to warrant such medication? The seriousness of a psoriatic arthritis diagnosis was lost on me.

Now, in 2018, I am struggling to walk at all sometimes. I have had months at a time where I have been unable to pick up small objects, or make a fist, or fasten buttons. I have been hit with the most unwelcome bouts of fatigue and tiredness as a result of the illness.

I have never been a quitter. I have never been someone who gives in easily. I still fight psoriatic arthritis every day, without anything stronger than a Nurofen at the moment, but its effects are undeniable.

I used to be a dancer, kick boxer, singer and guitarist in a band. I have done many interesting things. But now I can’t really walk properly, I can’t play guitar and I get so tired sometimes that I have to take a nap during the day to try and recover some energy. The joint pain moves around the body and affects my hands and knees now as well as my feet. Sometimes it vanishes completely.

After a while I realised that the illness had taken quite a lot of who I am away. It had robbed me of a lot of myself and I hadn’t realised it. I became aware that the disease was beginning to isolate me, so, I began to challenge the illness. I began to talk about it more and acknowledge it more. I began to understand how psoriatic arthritis was affecting me and how to work with it rather than letting it defeat me.

I began to make YouTube videos about my experiences (see The Foot Of Our Stairs), and the number of responses was unbelievable. There are so many people with this disease, and there I was assuming I was somehow alone in all this. It has been such a positive thing to share my experiences and talk to other PsA Warriors about theirs.

I know that my PsA will probably progress, and I know that there’s not much I can do in the long run. But I can keep fighting, keep talking, and keep on going. And that’s what I’ll do.