Joe documents the influence psoriasis has had on his mental health over the years and how, with the support of his wife and therapist, he is no longer letting the condition define him. 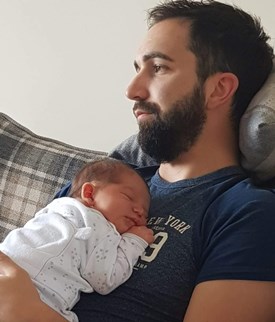 I'm 30 years old, I first got psoriasis when I was 7. I think for me ‘being uncomfortable in your own skin’ moved from being a day to day struggle of itching, burning and unrelenting unease, to a deep embedded feeling that extended to the whole of me. I wasn't good enough and I didn't fit in. Who would love me when I looked like this? I despaired at looking at myself, and loving the whole of myself was a long way away. Shame about my psoriasis took over, I learned what I could and couldn't wear, I had to hide it from the world.

This was a shame that was so much a part of me that I would forget it was there. Then came a turning point in my life and in my journey to accepting myself. At university I was asked - “what's that on your elbows? It looks painful.” In my usual subdued response I would reply shamefully; “it's a skin condition called psoriasis”, conversation would diverge away and all the shame that I'd been hiding was right back on the surface with me.

A very special friend was sat with me during that conversation and later she confronted the issue of what she had seen: "Joe, why are you so ashamed of your psoriasis?" She believed a more appropriate response would be telling it straight just as any other fact that might be discussed, but there was so much emotion attached for me. This was the first time in my life that someone had tried to show me another way to be about my skin condition, but I didn't get it - why would I not be ashamed? Surely anyone would, and that's the response that everyone would expect!? Apparently not. 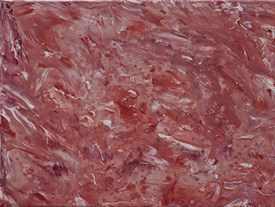 My bond with this friend became stronger and stronger and soon she became my girlfriend. On another momentous occasion of my life, she kissed me on a patch of my psoriasis and smiled up at me. Even ten years later I am overwhelmed with the love that she showed me in this simple gesture when I recall this moment. We have now been married for six years and had our first child a few months ago. We will bring up our son to love himself for whatever/whoever he is, and we will be mindful of any shame that may be developing.

I don't want to leave my story there because there is a lot that I've missed out and I don't want you to get an unbalanced view of my life. I struggle most days to be happy or content, I've been seeing a psychologist for nearly 3 years about mental health struggles that I have and I still don't quite feel good enough. I don't know where all my issues come from and wouldn't want to unduly apportion it all to psoriasis; but it sure as hell didn't help.

I want the message from my story for anyone struggling with psoriasis to be this: there are people out there who will accept you. Better yet: there are people out there who will love you for who you are. For all of you, psoriasis and all. Please start to accept yourself. Here's one person to get you started - I accept you completely for your psoriasis, whether it is a few patches on your elbows or your whole body is covered. I accept you, I know that you are a strong person and I don't even know you. You may be good and kind, you may be mean and resentful, you may be really quite average. Whatever you are - be it and own it. Don't be something because of a skin condition. Work towards seeing your psoriasis as just something that you happen to have, not something that has to define who you are and how you act.

Believe me when I say, having the courage to stand up in front of the world and say - “here I am, this is me” - is hard, but if you have carried shame around with you for years, there is nothing more liberating.

Let me leave with just one thought - if people judge you (and some will), they are the ignorant and uninformed ones, and they are in the wrong, not you.