Joel shares his experiences with psoriatic arthritis, from his initial symptoms and being diagnosed, to learning to live with the condition and becoming a patient advocate. 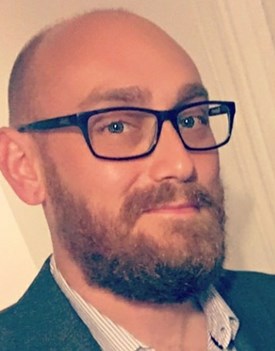 My name is Joel and I have lived with arthritis most of my life. Starting with a juvenile form when I was 11 years old, Ankylosing Spondylitis (AS) in my teens and Psoriatic Arthritis (PsA) in my 20’s.

In my early twenties, I started to develop rashes. Fluid-filled blisters on my hands and soles of my feet and dry, flaky rashes on my forearms in the winter after playing sport outside. I didn’t think much of it. I put it down to coming in from the cold and taking a hot shower or long drives when my hands might be sweaty. Then came the heel pain. I had experienced plantar fasciitis previously with my AS but this was something else. It was like walking on broken glass. Every single morning.

I was used to new aches and pains over the years but after a few months, I experienced chronic fatigue for the first time. I had been tired in the past with chronic pain from arthritis but this was different. It felt like I was carrying a small child on my back all day. Every task was difficult. Tying my shoelaces made me sweat and feel faint and some afternoons at work, I struggled to keep my eyes open for no obvious reason. Something wasn’t right. 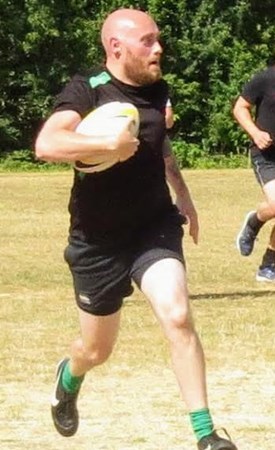 I went back to my Rheumatologist and after a frustrating 6-12 months of ruling things out, I was sent to a dermatologist. I was literally in the room less than a minute when he said ‘oh, that’s psoriasis’. ‘Here’s a leaflet and a prescription for some steroid cream but given your history, it will be psoriatic arthritis. Your Rheumatology team will pick it up from here’ he said casually. I was stunned, speechless and if I’m being honest, a little bit angry. I had lost over a year to these issues for a dermatologist to confirm it with a single glance. At least I had an answer, I told myself. Yet looking back, it was so obvious what it was.

I had been told as a child that given my age of onset, my body would likely find new ways to attack itself. The signs were there when just three years after being diagnosed with Juvenile Idiopathic Arthritis, I was told I had Ankylosing Spondylitis at 14 years of age. However, wrongly, I was always fearful of psoriasis. I remember two things from spending hours in rheumatology waiting rooms when I was a child – everybody being old compared to me and the people with psoriasis. As an eleven-year-old, this had bothered me so when I was told in my 20’s that I had psoriasis, I became depressed. Just as I’d been conscious of being in a wheelchair as a teenager, I was conscious of my appearance. 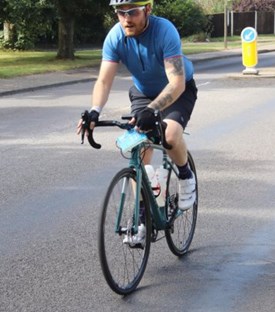 It took me a couple of years to get over my self-imposed stigma, to learn to live with PsA. I still feel guilty to this day for how I felt about my own body and the condition at diagnosis. So now, I am trying to make amends.

In 2019 after a decline in my health, I created my blog, JoelvsArthritis.co.uk to share my experiences, raise awareness and to be an advocate for those with arthritis and other autoimmune conditions. I wanted to change my behaviour and stop hiding my disability but also give others a voice. By talking about psoriasis, we break down the lack of understanding behind the stigma. I am no longer ashamed of my disability.