Malin's psoriasis has always been influenced by stress, but making changes to her lifestyle and developing healthy habits have enabled her to get her skin under control. 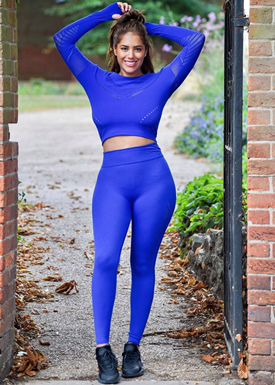 My psoriasis journey started when I was roughly 21 years old. I was working as a cabin crew member and I was living a pretty stressful life, constantly flying to new countries with different time zones and working long hours. This meant that I was always feeling extremely tired and jet lagged. I also met an ex partner around this point and became involved in an extremely toxic relationship.

I would say that the stress caused by my lifestyle at this time was one of the main contributors to my outbreak of psoriasis. It would come on during the tough months, usually on my scalp, and then disappear when life seemed to get better. At one point, I actually remember having it in my ears which meant I was always picking the skin to try and get rid of them, resulting in bleeding. The same went for my scalp, large chunks of dry skin! I absolutely hated how itchy it was!

The psoriasis then came back at two more prominent stages of my life; the first being when my mum died in 2017, and the second when my little girl died earlier this year. After countless amounts of attempts at trying various creams and ointments etc, these challenging moments were when I discovered that no amount of treatments could get rid of it. They would usually just alleviate the pain.

I knew in my head that more needed to be done to improve my own lifestyle. I needed to focus more on self-care and take more time out. I also began to make healthier lifestyle choices by including a healthy diet, quitting smoking and cutting down on alcohol. I worked on mindfulness by starting yoga, regularly meditating and feeding my soul with as much goodness as possible. I can now say that I'm free from psoriasis at the moment as I grow to learn what my key triggers are.