Gemma shares her journey with psoriasis, from stress-induced flare ups to finding a routine to manage her condition as and when she needs to.

My psoriasis first appeared in February 2017 when I was 34, during quite a stressful time in my life. I noticed a spot on my left arm and for some reason thought ‘that looks like psoriasis…’ so I went to my GP. He confirmed my diagnosis and sent me away with some emollient cream and a small tube of Dovobet Gel. 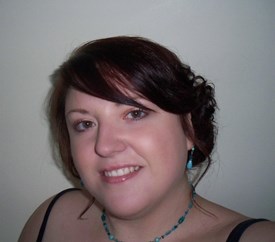 Unfortunately, plaques soon appeared over most of my body and I was referred to the dermatology team at my local hospital where I was assessed. At this point there weren’t many areas of my body where it wasn’t present! They suggested I try UVB light treatment and I completed a ten week course, attending three times a week. My skin is quite fair and very sensitive so by the time my course had finished, I was only up to about 4 minutes. Consequently, my progress was very slow and although it did improve, unfortunately, it just came straight back a few weeks later.

At this point it was suggested I try UVA treatment with a tablet to make my skin more sensitive to light. I wasn’t that keen on more light therapy as I felt it was a big commitment for little reward. However, before making a final decision on whether I wanted to go ahead or not, I went on holiday to Sardinia. When I came back, my psoriasis started to go into remission and I was completely clear for 6 months! Unfortunately, this ended when I had to have surgery for another condition, which then caused a massive flare up. Since then, it’s never gone into full remission again (despite several holidays in the sun) but I do know that my psoriasis is made worse by stress and I find this really hard to control as I’m such a stress head so I know I need to try and work on that.

Since my diagnosis, I have lost 40kgs through intermittent fasting and have eliminated most of the patches I used to get on my lower body and back. Now it’s mostly concentrated on my arms and elbows. I still have more weight to lose so I’m hoping this will ease those in time too. The worst area I find to treat is my scalp and ears (including my ear canals!) as nothing eliminates it for long and it really is an uphill battle most of the time to stop it from getting out of control.

I’ve since been discharged from my dermatology team as they were happy with how I am controlling my psoriasis, which is mainly with Enstilar and Dovonex, as and when I need it. I stopped using emollients as I just didn’t find they helped with keeping moisture in so I now just use a standard body cream for very dry skin. When I was first diagnosed I spent lots of money on various home treatments, one of which was a blue light gadget that you can strap to your elbows/knees and I did find that helped and although I don’t need to use it at the moment, I do find it helpful to know I can use it again if I need to in the future.

It’s been 6 years now since I first developed psoriasis and I have just been diagnosed with Irritable Bowel Disease (IBD) too, which is another autoimmune disease. I think this is what I have found hardest to accept, that once you have one, you are more likely to develop another. Unfortunately, autoimmune diseases are in my family as most of us have at least one of them, I’m just the ‘lucky’ one as I now have 3!