Emma's psoriasis initially appeared during her first year at university. Ten years later, she's returning to university with confidence, determination and a desire to raise help awareness of psoriasis. 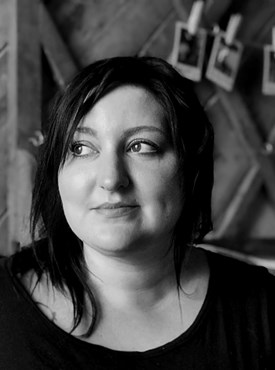 In 2008 I started University, after 2 years of throwing my life away. I got on to the Photography degree, even though I wanted to study Film but, in my head, I assumed I wouldn't be able to get on to that course - I had minimal to no self-confidence after messing up college and then resorting to working jobs I hated whilst drinking my life away. As it turns out, after messing up my first year on photography, I managed to get on the Film course, so it all worked out lovely... Well, to a certain extent.

One day, during my first year of Uni, I woke up to find a strange rash on my arm. As I was living in halls I jumped to the conclusion that it may be Meningitis, even though I've had all my vaccinations. After panicking on the phone to my Mother, I booked a doctor appointment. When I woke the next day, the rash had spread all over my body... Now I was really concerned. A few weeks before I had been laid up in bed with tonsillitis, a kidney infection and conjunctivitis.

The first doctor I saw sat, flicking through Google to then respond with, "Yeah, I don't know what it is." This resulted in me feeling more panicked and as though I had some new illness which was unknown to any doctor. I decided to sign up as a temporary patient back at my family practice. The doctor looked at my skin and immediately knew what was going on. "Yep, you have psoriasis." 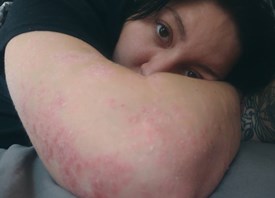 I was relieved that I had been given a diagnosis, but I had no idea what it was. So, this was 10 years ago, my first year of Uni, young and full of life and trying to get on with things. I was informed that it was a "skin condition" and that certain gels and creams could sort it out. It's funny looking back now, and even though I am still learning more and more about it, I have a much better knowledge of this disease.

As mentioned, I was told it was a skin disease, and although the problem is visible and affects the skin, it is so much more than that. Psoriasis is actually a common, chronic, genetic, systemic inflammatory disease, but if you look online most of the time you will see it being described as just a skin disease. Yes, to a certain extent it is, but psoriasis is more than skin deep.

It is characterised by symptoms and signs such as elevated itchy plaques of raised red skin covered with thick silvery scales, which, as time has gone by has become a lot more obvious on myself - and is also why my blog name is RED SILVER MOUNTAINS.

What I Knew Then vs What I Know Now 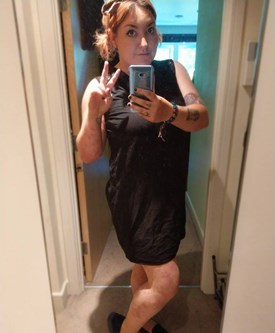 I started my blog a few years back after I started to gain more of an understanding about psoriasis, and since then I have learnt so much more. I originally had a load of lotions, moisturisers and topical creams thrown at me, and the steroid based ones worked a charm. However, you can only use them for a certain amount of time.

I then started UVB Light Therapy which was fantastic. My skin completely cleared up and I thought, 'Yes! I'm all good now!" WRONG!!!! It came back 10 times worse and I was really struggling. I had UVB again and the results were just as good as the first time. Then, after a while my skin started to get worse again. I never knew why. I thought I was a rare case and that I was destined to be covered with psoriasis forever. There's no cure, but there is a variety of treatments. What I do know now, which I didn't know for so long was about the inflammatory side of psoriasis.

I have tried SO many treatments, and this year was close to starting Methotrexate - a DMARD (disease-modifying anti-rheumatic drug) which is also used as a chemotherapy agent and immune system suppressant. After having to have many blood and liver tests, and a good think about my health in general, I decided not to start it and instead give UVB light therapy another go.

The reason for this? There's a few really: 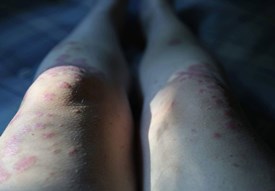 This summer I have been very active, I was carefree about having my skin on show and the sun really did it wonders. It has only been the last week or so where it has started to flare again and my joints - mainly my back - are in agony and I am struggling to get around. (I'm still waiting to have more tests to see if I have psoriatic arthritis).

Today I went to have my UVB light therapy test strips done, and all being well, next week I will start my course of treatment again. It's amazing how things seem to come full circle.

10 years ago, when I first started Uni is when I was first diagnosed with psoriasis. This week I return to Uni to study an MSc in Marketing and I start another course of treatment. Even though I am currently in agony and very stressed, I am so determined to do well on my course and look after myself inside and out.

I won't be cured, but hopefully one day I can look forward to a world where someone has managed to crack it. For now, I can keep raising awareness, look after my mind, body and soul, and go back to Uni with more confidence ready to take on the world.

And so, the Flaky Student returns.