Gemma, host of The Psoriasis Geek podcast, talks about her experiences of psoriasis from her childhood to now and why the online psoriasis community is so important to her.

My name is Gemma and I have had psoriasis for 31 years. I think...

I thought I knew my psoriasis story. I have been telling it for years. I developed chicken pox when I was six and the spots turned into plaques.

The only thing is, that was not entirely true.

Last month I was interviewed for my own podcast, The Psoriasis Geek Podcast, by Russ Cowper (who writes amazing poetry about living with psoriasis - see his '50 for 50' story).

During the interview Russ asked about my psoriasis treatment history and, after fudging through the answers, I asked my mum.

She told me that she suspected I had psoriasis before the chicken pox incident. It was in my hairline and on my scalp, but she preferred to live in optimistic hope that this was not the case. She herself has psoriasis so she knew what the prognosis would be.

Chicken pox flared my psoriasis, but more than I had known. The scalp psoriasis was so severe my hair fell out and my mother eloquently describes my scalp as one enormous scab, like a cap that could be lifted off with the remnants of my hair. My joints were so swollen I was unable to put on my own socks and I was hospitalised several times, not the one singular occurrence I remembered.

This highlights something that has become apparent to me in the last three years. In psoriasis care - communication is everything.

How many times have you replied to the question ‘Are you O.K?’ with the answer ‘Yes. How about you?’ when that very morning you ate chocolate for breakfast, because getting dressed in a jumper on the hottest day of the year brought you feelings of despair? 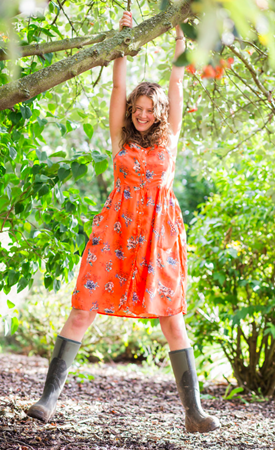 I did not ask my mum about my psoriasis as a child because I did not want to upset her. I felt that reminding her of the difficult emotional challenges she must have faced as a parent having to leave her 5 year old daughter in hospital (yes I got the age of onset wrong too) would be unfair, and yet, as a parent myself, I would be upset to find my child was holding back when they needed something.

This is why I am a fan of online forums and psoriasis advocates on social media, it is so much easier to talk to other people who know what you are going through. Psoriasis is different to other problems that affect the skin. Yes we can commiserate on the challenges of living with visible skin problems with someone who has an outbreak of blackheads. But at its core, psoriasis is so much more than a skin condition. I find it hard to tell friends that I am having a hard day, because my skin is cracking when I walk and I have nothing to wear, because in the true essence of friendship they rally around and tell me how great I look.

In the psoriasis community I know that the same comment will elicit comments of support. People saying ‘I get you’ and letting me feel those emotions instead of trying to brush them away to make me feel better. Reminding us that tomorrow is a different day, that we are together for the highs and the lows. That together we are a team. Together, we never need to be alone.